What is a Licensing Agreement?

With the advent of rapid commercialization, one of the means of revenue generation of business entities or individuals is through licensing their intellectual property. Through licensing agreements, the licensors provide the licensee with appropriate rights to use their trademarks, copyrights or patents as the case may be. In consideration, the licensee pays a stipulated royalty fee to the licensor.

For instance, one of the major revenue sources of Marvel Studios is through their licensing agreements with brands like Hasbro (for toys), Square Enix[1] (for gaming). Marvel has granted the rights to use its characters and its trademark in manufacturing and selling toys and developing online games. The 2013 movie, The Hulk directed by Ang Lee didn’t do well in terms of box-office numbers. However, the sales of the toy called “Hulk Hands” is valued at a whopping US$100 million.[2] This is testament to the fact that licensing agreements are a means of not only protecting one’s intellectual property but also an outstanding business strategy.

Through the means of licensing agreements, businesses can generate revenue over an existing and commercially functioning intellectual property. It is an enterprising move which yields various monetary and strategic benefits.

Although, they come with their fair share of risks. However, a meticulously drafted licensing agreement would largely help in mitigating the risks involved with such a venture. 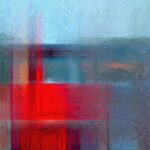 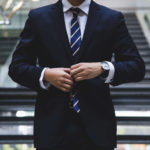 ESSENTIAL CLAUSES OF AN EMPLOYMENT AGREEMENT