A will, in general, is a legal declaration of the testator’s intentions regarding his property which he desires to be carried into effect after his death. A testator has the right to amend his will at any moment and in any manner he considers suitable. A Will can be made by any person of sound mind who is not a minor. If a person of unsound mind makes the Will, the Will be considered void.

The Indian Succession Act, 1925, governs the Wills in the Indian Law system.

What does a Will include?

There is no specific form or feature to make a Will, but this document must clarify the intent of the testator and his/her wishes for the distribution of the property.

It includes the following:

The option of a Privileged Will is available only to members of the Armed Forces who are involved in a warlike situation. Certain formalities of a standard Will are simplified in a privileged will due to the risk of untimely death, lack of time and uncertainty of events. A handwritten privileged Will may be valid even if it is not signed by the testator. Even an oral privileged Will can be valid in extreme situations if the testator has properly stated his or her bequeathal intentions in the presence of two witnesses.

All other Wills, which are not privileged are known as unprivileged Wills. These are the most common and standard Wills, which must be written and include the testator’s signature, date and two witnesses to be considered valid.

When married couples decide to write their Will together, joint or mutual Wills are the most popular choices. In a joint Will, both testators sign a common Will that distributes their assets as per their wishes. Mutual Wills, on the other hand, are two separate but similar Wills, through which both bequeath their properties to each other

Conditional Wills are created when a person wishes for their Will to take effect only if a certain pre-specified event indicated in the Will occurs. The requirement must be stated explicitly in the Will and must be logical and reasonable. Conditional Wills are usually written with the goal of encouraging or discouraging the legatee from performing a specific action or acting in a particular way.

For example, a Will could be written by a father bequeathing his assets to his son but will only be effective if his son graduates from management school.

A living Will, only known as Advance Medical Directive (AMD)- is different from other Wills as it does not bequeath property upon the demise of the testator. Instead, it records the author’s wishes and instructions given to a trusted person regarding the type of medical care one does or does not want to receive if he or she is in a coma, sick or unable to communicate. 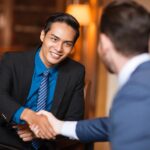 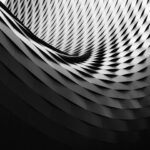