Every company has certain responsibilities and compliances which need to be followed. For this, the company appoints an officer who is responsible in case of any default of such compliances. The designation of such an officer who shall be held liable to any penalty or punishment in case of default committed by the company has been mentioned under the Companies Act, 2013 (“Act”).

Section 2(60) of the Act defines “Officer in Default”. It states that officers such as Whole-Time Director, Key Managerial Personnel (“KMP”), Directors, etc., (as defined in the Act), can be appointed as an Officer in Default.

However, in case there such officer is not yet appointed then the Board of Directors (“Board”) may pass a Board Resolution to appoint a Director as the Officer in Default. Further, such appointment has to be informed to Registrar of Companies (“RoC”) by filing Form GNL-3 with the Ministry of Corporate Affairs (“MCA”) within thirty (30) days of passing the Board Resolution.

Liability in case of default:

In Ravindra Narayanan v. Registrar of Companies,[1] the High Court of Rajasthan held that the directors are officer in default only where company does not have Managing Director, Whole-time Director, or Manager.

The said concept has been followed by the Gujarat High Court, in Kalpesh Dagli v. State of Gujarat and Another,[2] wherein the Assistant Registrar of Companies had carried out an inspection of the company under Section 290A of the Act. During this inspection, it was found that the company had not maintained the register and index of members i.e., the details of the shareholders such as names of tie shareholders, folio number, date of appointment, date of cessation, etc.

It was held that since the company has a Managing Director, Whole-Time Director, and Manager there cannot be any prosecution against the petitioner, who was an ordinary director of the company, as he then cannot be the Officer in Default.

Disclaimer: The content of this article is intended to provide general guidance on the subject matter. Specialist advice should be sought about your specific circumstances. 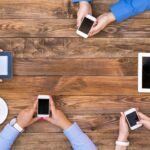 Guidelines for Advertisement and Promotion of Virtual Digital Assets