A contract is an agreement that is enforceable by law.[1] However, a Memorandum of Understanding (“MOU”) need not contain legally enforceable promises. This article aims to clarify the usage of both these documents to enunciate the position of them under law.

A contract is entered into between parties who would like to legally bind the other to the completion or execution of the terms of the document. That is, one can have a cause of action against the breach or non-performance of a legally binding contract. However, one must be careful to draft a valid agreement that entails the essentials of a valid contract for it to be enforceable in the court of law.

An MOU is often used to define the expectations and responsibilities of each of the parties entering an arrangement. This arrangement can be between parties who would like to commence an idea together and later formalize the entire set-up.

An MOU therefore simply lays down the basic outline of:

Whether the terms of these agreements are legally enforceable as a contract ultimately turns on the intent of the parties. Therefore, parties to an MOU should address the legal status of their arrangement early in the negotiation process. This will help clarify the position: current and future expectations, to all the parties.

Case laws on enforceability of the MOU:

In the general sense, the enforceability of an MOU can be divided into two categories.

Both the documents intend to clarify the expectations of the parties to the other, so that the arrangement is set on mutual agreement. However, as per the requirements of the arrangement, it would be wise to get professional advice during the negotiation phase to execute a document suitable to the arrangement(s) in mind. 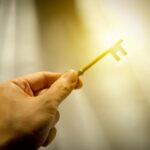 Cryptocurrency Bill & how to safeguard your crypto 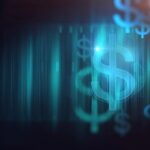 ALL YOU NEED TO KNOW ABOUT LICENSING AGREEMENT!