What is a non-compete clause?

It restrains a party to the contract from providing assistance or services to direct competitors of the other party, while the agreement is in subsistence. Moreover, this restrain is extended post termination for a stipulated period of time. It aims at protecting the intellectual property, trade secrets and strategies of a business.

Why is its enforceability contented?

Section 27 of the Indian Contract Act 1872 (“ICA”) states that, any agreement (except for the exceptions mentioned in the said section) restraining a person from practicing a lawful profession, trade or business is void (i.e., not legally binding) to the extent of the clause restraining the person.

In the light of the above-mentioned section and the nature of non-compete clause, flaming controversies have been stirred amongst parties to a contract with a non-compete clause. Thereby, leading to intense deliberations regarding the enforceability of the non-compete clause in commercial and employment agreements.

The restriction of a non-compete clause is applied during the term of employment and is extended for a stipulated period of time and/or geographic location, post the termination of the employment.

The Hon’ble Supreme Court in the case of Niranjan Shankar Golikari v. Century Spinning & Manufacturing Co. Ltd.[1] held that, preventing an employee from providing services to the employer’s competitor during the course of employment is not void. It is essential for fulfilment of terms of the agreement and to protect the interests of the employer. Thereby, not violating section 27 of the ICA.

As far as the post termination restriction is concerned, the Hon’ble Court held that, unless the restriction is unconscionable, excessively harsh or one sided, such a restriction would not amount to restraint of trade.

However, In the case of Percept D’Mark (India) Pvt. Ltd. v. Zaheer Khan & Anr.,[2] the Supreme Court refused to enforce the non-compete clause post the termination of the contract on the grounds that it was void and unenforceable in the light of section 27 of ICA. The Hon’ble Court assertively laid down that, while analysing section 27 of ICA, the test of reasonability of the non-compete clause or the reasoning that partial restraint is applicable, does not come into picture unless and until it falls within the ambit of exceptions  under section 27 of ICA.

Therefore, it is clear from the above-mentioned cases that, restrains imposed on parties during the course of the agreement is legally valid and fair. However, post-contractual restrains attract section 27 of ICA and are largely considered void and unenforceable.

It is vital for businesses to protect their intellectual property and trade secrets, for it is their means of generating revenue. However, employees’ right to practice a profession cannot be curtailed. The courts have to maintain a fine balance between intellectual property infringement and right to profession, trade or business. This gives wide discretionary powers to courts for deciding the enforceability of the non-compete clause on cases-to-case basis. 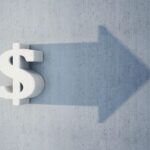 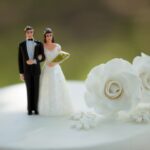 How to apply for a Marriage Certificate in Mumbai?